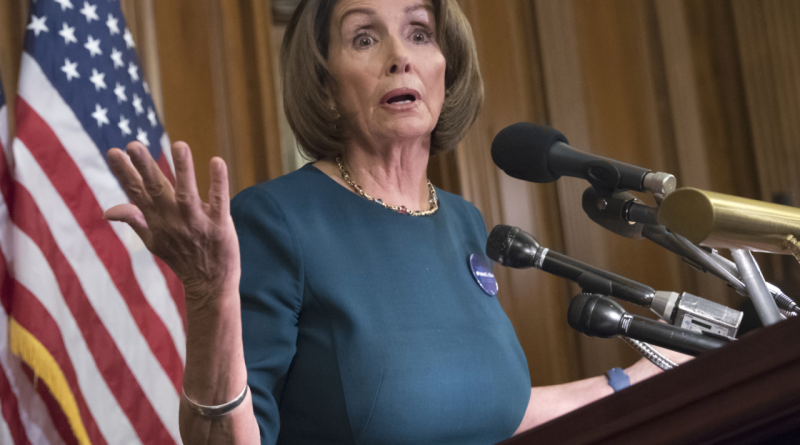 In a harbinger of what may lie in store for gun owners in 2019, House Minority Leader Nancy Pelosi penned a memo to her fellow gun-control pals in the Democratic congressional caucus telling them to prepare for the majority in 2019.

Pelosi, long the figurehead for the gun control movement in the House, promised in her memo that — if given the chance to do so –- she would work to advance a radical gun control agenda.

It’s no secret what is on the agenda for gun owners, should Pelosi and her colleagues resume control of the House of Representatives.

Permanent reinstatement of a federal ban on the AR15 and similar semi-automatic rifles is a given, as is implementation of the Bloomberg-backed universal gun registry, and a federal ‘red flag gun seizure’ bill.

The move comes as Pelosi continues to fend off questions about whether or not her colleagues would elect her to the position of Majority Leader.

According to the DailyMail.com:

Nancy Pelosi is slamming speculation she will not be the leader of her party if Democrats retake the House in the November election, a victory that could return her to the speaker’s chair.

‘It is the least important question you could ask,’ she told National Public Radio, ‘with all due respect to your list of questions there.’

Pelosi has long been a Republican boogey man in congressional elections, with her image and name being invoked in hundreds of campaign ads against Democrats.

But several of those candidates are also refusing to say they’ll vote for her for Democratic Leader, instead saying they’ll wait and see who runs in the December election in which Democratic lawmakers select their party leadership.

At least 57 Democratic lawmakers and candidates have declined to pledge their support to her, according to NBC News.

Pelosi dismisses such talk as nonsense.

What is not nonsense is the reality that the gun control triumvirate of the media, Bloomberg-funded activists, and radical lawmakers are fired up in a way we have not seen in years.

Gun owners are going to have to get ready to fight hard, regardless of who has the majority in Congress come election night, to preserve what gun rights we have.