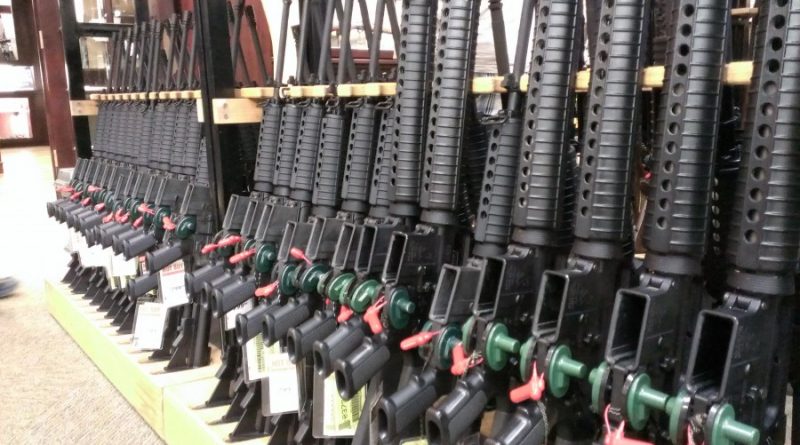 While the fake news and Bloomberg-funded groups have been working at a frantic pace to demonize the AR15 and everyone who owns one, recent polling from Gallup shows that its backfiring!

The poll, conducted between October 1-10, showed that 57% of all households oppose any legislation that would ban the AR15 — and hundreds of similar firearms!

Only 40% of those surveyed were still in support of the ban.

When broken down by party affiliation, 75% of Republican households oppose the ban while just over half of Democrats surveyed support it.

And predictably, households with a firearm in the home were far less likely to support such a legislative proposal.

The polling comes as more Americans are realizing that the AR15, statistically, is rarely used to commit crime –- despite the media’s narrative.

On the contrary, the AR15 is an extremely popular weapon that is used time and again to stop violent killers in their tracks.

And while Nancy Pelosi and her allies have pledged to make banning the AR15 a top agenda item if they regain the House in next month’s elections, history shows what happens to lawmakers who are eager to make felons out of law abiding gun owners.

Eight weeks after President Bill Clinton rammed the ‘assault weapons ban’ into law in 1994, his party lost a stunning 54 seats in the House and another 8 in the Senate!

Clinton himself directly attributed 20 of the House losses to blowback from the gun ban.

While it’s too soon to know what will happen on election day, it’s clear that if House or Senate Democrats make a serious move to ban the AR15 — especially with well over 15 million of them in circulation — gun owners will have their revenge.

And that is doubly true for turn-coat Republicans, looking to make a deal!