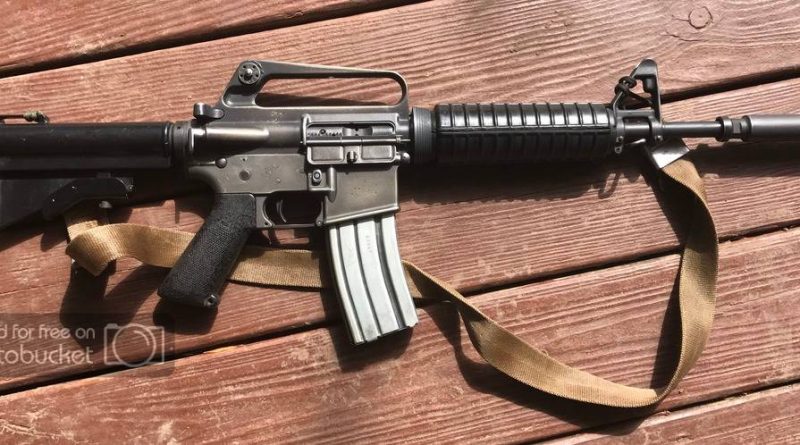 Senator Dianne Feinstein and countless other lawmakers at the federal and state level are constantly trying to browbeat gun-owners into giving up on the ever-popular AR15, by inventing ‘facts’ about how many people die each year because of them.

While it’s certainly true that mass killers sometimes use the AR15, the idea that the AR15 is the weapon of choice for violent criminals is simply laughable.

Gun owners need to be aware of these facts, to have the moral authority to fight back against radical gun control. The moment we give up on the AR15, our enemies will set their sights on handguns and then shotguns.

Here are the facts.

In their 2016 Uniform Crime Report, the FBI published the latest statistics about the number of homicides in America as well as the weapon used.

The numbers are far different from what gun grabbers would have you believe as the AR15 is, statistically, almost never used in the commission of a violent crime.

In 2016 they showed that 374 people were killed by rifles of all types. To be clear, this means AR15’s and every other type of rifle combined. The actual number killed via an AR15 is certainly far lower.

While tragic, it’s nowhere near the 1,604 people that were killed with a ‘knife or cutting instrument’ during the same year or even as many as the 472 that died from a ‘blunt object’ attack!

In fact, in 2016, personal weapons (meaning hands, fists, feet etc.) accounted for 656 murders – almost double the number of those killed with a rifle!

And rounding out the numbers for 2016, almost 19 times the number of people killed with a rifle were murdered via a handgun, with 7,105 handgun murders recorded.

Clearly the AR15 is a statistical afterthought compared to the other methods of death listed above.

And while they are not the result of criminal actions, it is worth noting that 40,200 people died as a result of vehicle accidents in 2016 – meaning you are more than 107 times more likely to die from a car accident than being shot by a rifle.

And no, 2016 is not a statistical anomaly of some sort.

Looking back as far as 2012, it’s clear that murders caused by rifles are dwarfed by other weapons every single year!

Again in 2014, 1,595 people were killed via a knife or other cutting instrument. In that same year, 258 people were murdered with a rifle, over 6 times fewer people.

In 2013 personal weapons (hands, fists, feet) were used in 687 murders, while 285 died that year because of being shot with a rifle.

In 2012, 522 people were beaten to death with a blunt instrument, while just over half that number, 298, were shot with a rifle.

Finally, as you can see in the FBI report, the number of deaths per year due to rifle fire has been largely consistent, despite what the news would have you believe.

Gun owners should internalize these numbers and share them with other gun owners to give each other the ‘moral authority’ the continue fighting against the gun control radicals that are sweeping the nation right now.

But do not expect these numbers or any other facts to sway anti-gun politicians, as they are not interested in facts. Gun grabbers want control, and the AR15 is simply a means to an end for them right now.

Of course, should they ever ban the AR15, the radical gun control movement will immediately move onto other firearms, only stopping when you and I are completely disarmed and helpless like so many other 3rd world nation states.

Gun owners need to stand together and fight back right now, lest gun control activists gain any more momentum.