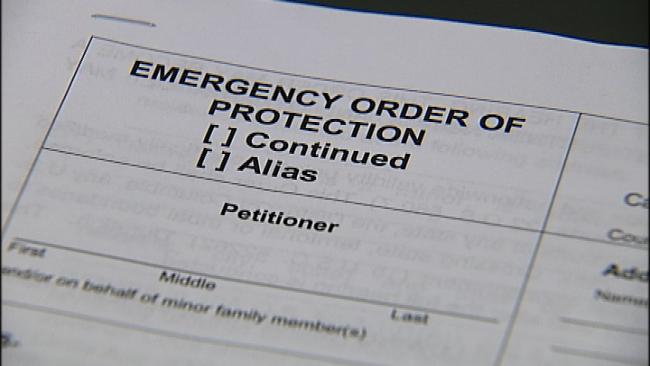 And it’s important to note that authorities also confirmed that the woman had a protective order in place against the man.

While the names of the two parties have not been released, the woman said that her ex-boyfriend was heavily intoxicated and was about to assault her when she fired.

The man was taken to nearby Sparks Hospital in Fort Smith, where he is expected to survive.

But he will certainly think twice about trying to beat his ex-girlfriend ever again!

And while the shooting investigation is still ongoing, it would seem unlikely that the woman would face charges since the ex was already in violation of the protection order by being near her.

In this case, the woman secured a protective order, but she clearly knew that they are just a piece of paper that would not stop a committed attacker — which is why she also had a gun.

Sadly, domestic violence victims are often told to just get a protective order and hope for the best, a situation that often comes with tragic results.

Last December, Madonna MaGuire was murdered in her Cape Coral, FL home by her husband, Jason, just one week after he had been arrested for aggravated battery against her.

MaGuire had been served with a protective order, which he violated, before carrying out his murder-suicide.

A Henderson, NC woman was murdered in the parking lot of the Food Lion grocery store in August 2017 where she worked — in a similar situation.

Police say that Shaekeya Gray had a protective order in place against her ex-boyfriend, Marcus Hargrove, when she was gunned down.

In December of 2016, Tara O’Shea-Watson was brutally murdered in her Commercial Township, NJ home by her estranged husband — despite the fact that he was subject to a protective order.

A Berlin Township, NJ murder highlighted the failure of both waiting periods and protective orders. Carol Browne was terrified of her husband, Michael Eitel, and was desperately trying to obtain a gun permit.

In the meantime, Eitel was served with a protective order.

Sadly, it did nothing, and Browne was stabbed to death in her driveway on June 4, 2015.

The same thing happened to Cassie Wagner, a nurse in Salem, Oregon. 40 days after filing for a protective order against her husband, she was dead. Police say her husband, Jason Down, killed her in August of 2014, after abusing her off and on for years.

In November of 2013, Janaki Dantuluru was stabbed to death by her husband, Timma Kalidindi, as the two were going through a divorce. As part of that proceeding, Kalidindi had already been served with a protective order.

In June of 2013, Stephanie Goodloe was murdered in the bedroom of her Washington, DC home by her ex-boyfriend, Donald Hairston.

Goodloe had Hairston served with a protective order and reported him to the police numerous times when he harassed her at her office and home. The police did nothing, and Goodloe was murdered, having no ability to defend herself.

In the fantasy land of gun-grabbers and the media, protective orders are a coat of armor that magically protects woman from violent psychopaths.

In the real world, the best way to stop a madman bent on murder is with well-aimed gunfire.

Luckily, the woman in Oklahoma understood this.