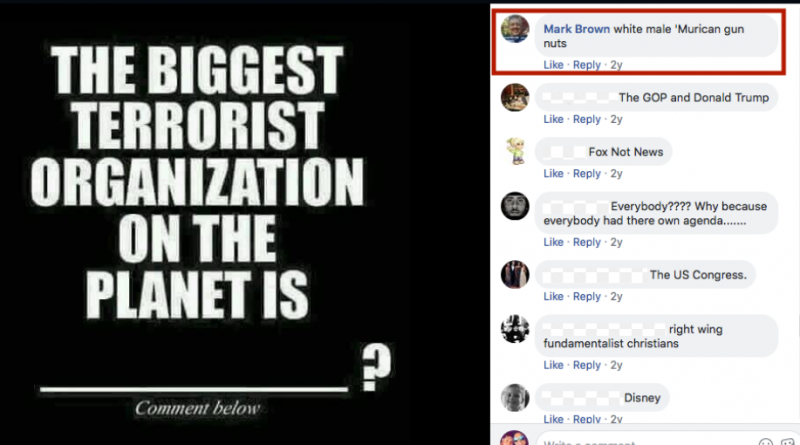 Recently he infuriated his hard left Democratic base by vocalizing support for Brett Kavanaugh’s nomination to the U.S. Supreme Court, causing leftist outside groups to pull planned TV air time.

And now Bredesen’s spokesman, Mark Brown, is making the news and angering independents and Republicans alike as news comes out about a previous comment Brown made attacking law-abiding gun owners.

In an online posting, Brown said that ‘The biggest terrorist organization on the planet is white, American, gun nuts.’

With gun owners still outraged over the overt hatred expressed by the gun-control crowd regarding the Brett Kavanaugh hearings earlier this month, news of the comment could not have come at a worse time for Bredesen.

Despite the pressure, Bredesen is refusing to condemn the statement or removed Brown from his inner circle. In a report on the topic, the Tennessee Star said:

Brown, who has been promoting Bredesen’s campaign in his role as a spokesman for the Tennessee Democratic Party, in the past has tweeted “f*** ‘reaching out’ to Trump voters.

The Tennessee Star reached out to the Bredesen campaign to ask if the former governor disavowed the Tennessee Democratic Party spokesman Mark Brown, or his foul-mouthed comments about the 1.5 million Trump voters in Tennessee.

The Bredesen campaign did not respond.

Bredesen’s failure to disavow Brown’s vulgar comments is not expected to sit well with Tennesseans, who are well known for their civility and good manners, something with which Mark Brown appears to be entirely unfamiliar.

Indeed, Brown seems fascinated with the four-letter word, using it to create this gem of a word in a tweet about President Donald Trump: “Racist much, f***stik…Then there was: “@realDonaldTrump You are Putin’s b**** and a #F******Moron.”

Bredesen is trying to court the Second Amendment vote heavily, but it is not working, as the most recent Real Clear Politics average shows his opponent, Marsha Blackburn, ahead by a commanding 5.5%.

Recently Bredesen made headlines as pop star Taylor Swift came out with an endorsement, highlighting her surprisingly liberal views on a host of issues.

However, polling data released since the endorsement shows Bredesen continuing to slide the wrong direction.

Maybe he should have thought of that before sticking with a spokesman who angered the over 1.5 million gun owners that live in Tennessee.