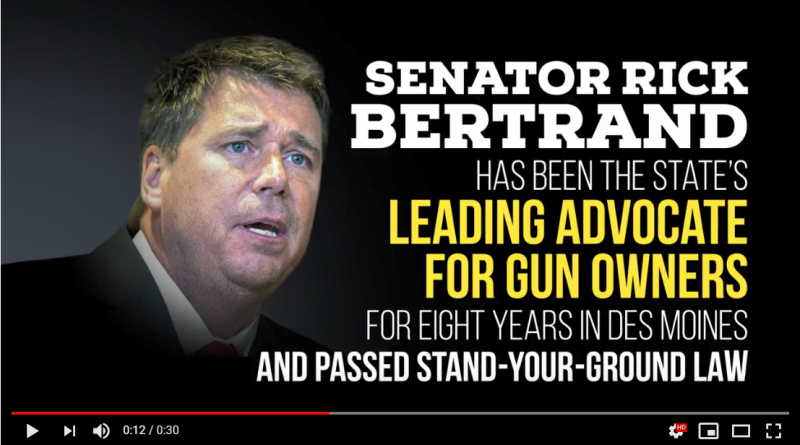 In Iowa, it’s best not to mess with the state’s leading legislative advocate for the Second Amendment, especially if you are the Obama-supported candidate who’s being tasked with removing him.

And that goes double if that legislative leader has the support of the state’s leading Second Amendment organization.

That’s what Iowa Senate candidate Jackie Smith is finding out this weekend, after Iowa Gun Owners unleashed this web and radio ad campaign designed to expose her agenda.

Smith’s agenda on guns is so hostile that she just picked up the endorsement of President Obama, one of just a handful of candidates in Iowa to receive it.

On the other hand, Senator Rick Bertrand has become the gold standard in Iowa politics where the Second Amendment in concerned -– sponsoring pro-gun bills for eight years and leading the legislative effort to pass Stand-Your-Ground law in the state in 2017.

Iowa Gun Owners has a reputation for attacking at election time, doing everything they can to remind gun owners what anti-gun lawmakers have done in office.

Educated by Iowa Gun Owners’ radio and TV ads, gun owners in the state have removed dozens of anti-gun incumbents since the group was founded in 2009.

The organization is part of a growing number of state level organizations that are funded and directed by gun owners inside the state. The article says that these state level groups are simply willing to fight harder.

Being unafraid to anger lawmakers is, increasingly, a requirement for gun rights groups looking to advance pro-gun legislation or stop gun control from moving.

Missouri is just one state where state level organizations have delivered major advancements in the last couple of years.

In Iowa, Stand-Your-Ground law passed in 2017 after a state level group known as Iowa Gun Owners obliterated the state’s Senate democratic leadership and paved the way for the bill’s passage as part of a 6-year effort.

Idaho enacted Constitutional Carry in 2016, a fight led from top to bottom by the Idaho Second Amendment Alliance, who have long feuded with the NRA who did not back their legislation.

And in Wyoming earlier this year, Stand-Your-Ground legislation passed into law after a fiery showdown with Senate leadership and the state’s outgoing governor. The in-state gun rights group whom most credit (or attack) for drafting and passing the bill, is Wyoming Gun Owners.

Based on their history and the first ad Iowa Gun Owners has rolled out, it would seem as though Jackie Smith is in for a rough few weeks.