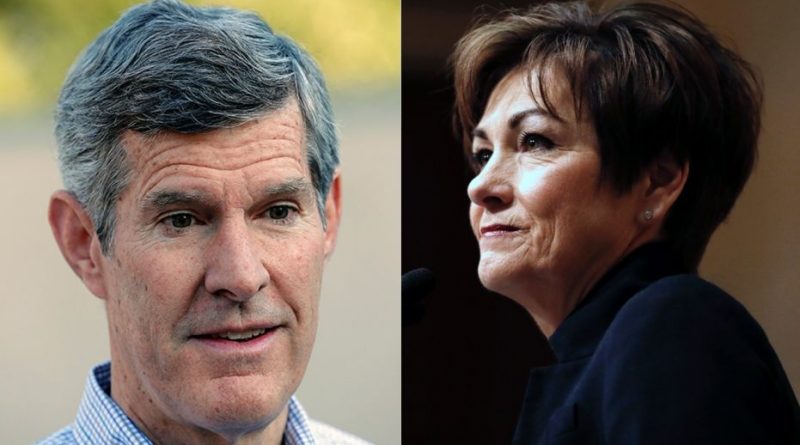 The Iowa gubernatorial race is heating up.

Now, the Cook Political Report has also downgraded this race to ‘tossup’ status.

Iowa has been ground zero in the gun rights battle after gun owners flipped the Iowa Senate in 2016, setting the stage for passage of the long fought-for Stand-Your-Ground law in 2017.

The state made progress on Constitutional Carry this year, with Iowa Gun Owners getting 18 cosponsors on the bill and shepherding it through a sub-committee.

The Judiciary Committee vote on the bill, Senate File 2106, was pulled in the wake of the Parkland, FL shooting which happened less than 24 hours before the vote was to occur.

In the wake of that shooting, Bloomberg-backed marches and rallies took place through much of the remainder of the 2018 session.

Legislation to repeal Iowa’s ‘Shall Issue’ law was filed, as were bills to ban so-called ‘assault weapons.’

Iowa’s next Governor will set the course for the future of gun rights in Iowa, something that gun owners are keenly aware of.

Iowa Gun Owners (IGO) has issued candidate surveys to both Kim Reynolds and Fred Hubbell and, as of this writing, are still awaiting an answer from the candidates.

IGO clearly isn’t giving the benefit of the doubt to either candidate on the basis of party affiliation.

…these days, it’s just not possible for gun owners to take a candidate at their word, regardless of their party affiliation.

“Pro-gun” Oklahoma Governor Mary Fallin vetoed Constitutional Carry earlier this year, despite oral assurances that she would sign it.

“Pro-gun” Florida Governor Rick Scott hammered through the largest gun control bill in modern history in the state of Florida, despite oral assurances that he was ‘good on guns.’

So you see, it’s just not enough for gun owners to take a would-be legislator or governor at face value when it comes to our Second Amendment freedoms -– especially as neither of them have ever had to sign or veto a gun bill before!

The use of candidate surveys is increasingly popular with state level gun rights organizations.

Once only used by the NRA, instate groups routinely issue them now claiming that the NRA survey is never made public, meaning that gun owners never have the whole picture.

With numerous national pollsters and media outlets declaring this race as a ‘tossup,’ it remains to be seen if either candidate will sign the IGO survey.

It is certainly a dangerous game in a state where gun owners have ended the careers of dozens of State Representatives and State Senators since 2010.

Gun owners in this battle-ground state will be a major factor in the outcome of this race, something that other states should work to replicate.