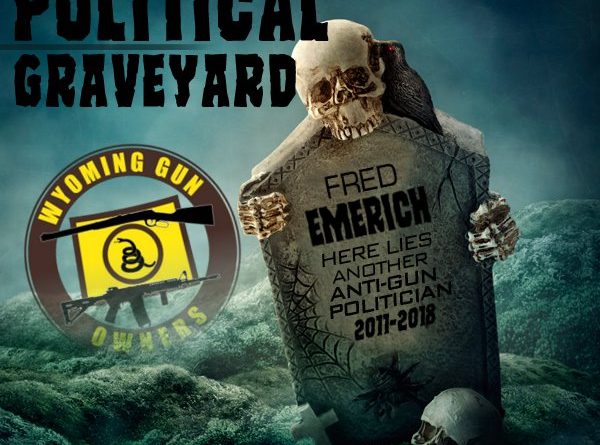 Gun owners in the state of Wyoming sent a loud message last Tuesday night, as one of their worst State Senators was bounced out of office over his treatment of the Second Amendment.

Fred Emerich (R-Laramie Co) was first elected in 2010 and was seeking a third term.

However, members of the state’s only gun rights organization, Wyoming Gun Owners (WYGO,) spent weeks informing their members and others in Senate District number 5 about Emerich’s record.

According to WYGO, Senator Emerich had a ‘laundry list’ of anti-gun votes that he was trying to hide from gun owners in his district.

Just consider for a moment Senator Emerich’s laundry list of anti-gun votes and actions, including:

This bill had overwhelming support in the House and Senate and was signed into law by Governor Mead, while Senator Emerich stood with anti-gun Democrats to oppose it!

This amendment stripped out the all-important criminal immunity language, that leaves gun owners vulnerable to malicious prosecution in the event that they are forced to defend themselves from a violent criminal!

This legislation, commonly referred to as ‘Campus Carry,’ would have allowed law abiding adults to carry defensive firearms on Wyoming campuses.

Gun owners in the district replaced Senator Emerich with Lynn Hutchings, an outspoken supporter of gun rights, by a margin of 3.5%.

Hutchings has publicly confirmed her willingness to oppose all gun control measures introduced in the state, and said she would support legislation to end ‘Gun Free Zones,’ a stated goal of both Wyoming Gun Owners and the NRA.

Gun owners in Wyoming have had a long standing feud with the upper echelons of the Senate, over their blockading of gun bills for over half a decade until their passage of Stand-Your-Ground law earlier this year.

Emerich’s defeat will be a strong reminder to lawmakers in both chambers that gun owners are active and determined to not let Wyoming become the next Colorado.