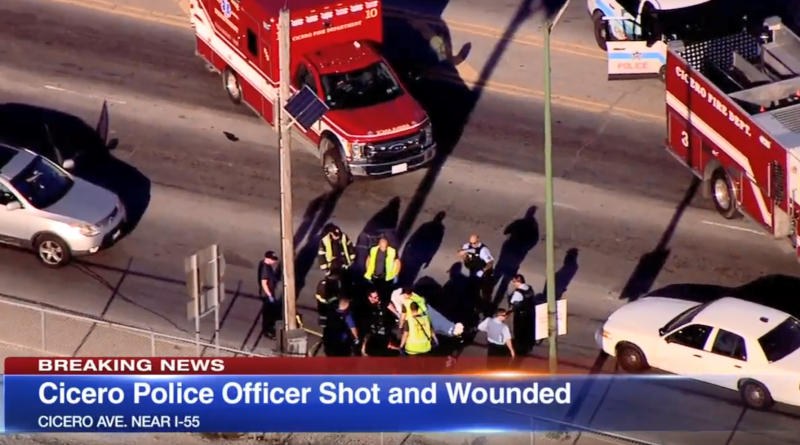 As more lawmakers and media pundits make the asinine claim that armed citizens never stop violent crime, a high profile example to the contrary has emerged out of Chicagoland!

Authorities in Cicero, IL, are reporting that police officer Luis Duarte was shot four times by a criminal with a fully automatic weapon, as Duarte and his partner pursued the suspect in a short vehicle pursuit.

After being hit multiple times, Duarte was saved when an armed citizen with a concealed carry permit intervened and began to shoot at the suspect. The suspect was wounded, by either the Good Samaritan or the police, and the attack ended.

We were lucky enough to have a citizen on the street there who’s a concealed-carry holder, and he also engaged in gunfire…He got out and started helping the police, which is something I’ve got to be proud of.

Duarte was talking when he arrived at Mount Sinai and is expected to survive the encounter. The wounded suspect was taken to another hospital, and was eventually turned over to the Chicago Police Department.

While armed citizens stop or prevent crime every single day in this country, it’s not every day that an armed citizen intervenes in the middle of a police shootout with a suspect firing a fully automatic weapon!

Don’t expect to hear much of this story on the national news.

The hero, who is not being named at this time, is systematic of the millions of Americans who carry for self-defense every day. These are the very people that anti-gun radicals in Washington D.C. and state legislatures around the country are trying to disarm right now.