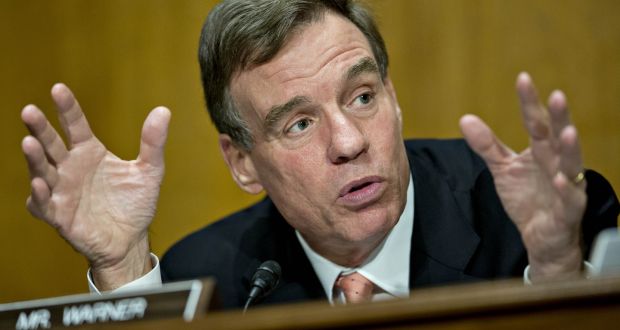 In a sign that anti-gun radicals have regained the political momentum, Senator Mark Warner (D-VA) just announced in an Op-Ed that he and his Senate colleagues were redoubling their efforts to pass gun control.

And clearly, everything is on the table.

In addition, Warner wants to institute Bloomberg-styled ‘universal background checks’ which would make felons out of gun owners who give firearms to their children or grandchildren without government permission.

This, even though it is well established that background checks have stopped virtually no one, and certainly none of these mass shooters over the last ten years!

But while they do not stop violent crime, universal background checks would create a massive database of every gun owner in the nation, the obvious goal for anti-gun radicals.

Warner went on to express support for legislation that would make felons out of gun owners who own magazines that hold over ten rounds of ammunition.

While they may placate his Democratic donor base, Senator Warner should look no further than to the largest mass shooting in his home state of Virginia to see how ineffective his proposal would be.

When Seung-Hui Cho attacked the Virginia Tech campus in April of 2007 and killed 32 innocent people, he changed magazines 17 magazines times in the process. Most of Cho’s magazines held just 10 rounds.

Similarly, the Columbine High School shooting in 1999 was carried out using a Hi-Point carbine with 13 10-round magazines. The shooter, Dylan Klebold, was not stopped by a magazine ban as he killed 13 people and wounded 21 more.

Mark Warner’s legislation, while making felons out of millions of law-abiding gun owners who don’t surrender their magazines, certainly would not have prevented any of these homicides.

But then again, all gun control laws have utterly failed at stopping violent crime.

Cities with the strictest gun control laws, like Chicago and St. Louis, almost always have the highest number of homicides, shootings, and other violent crimes as a percentage of their population.

One thing is clear, anti-gun lawmakers like Senator Warner believe they have the wind at their back right now, meaning that gun owners are going to have to fight tooth and nail for the foreseeable future to protect their freedoms.