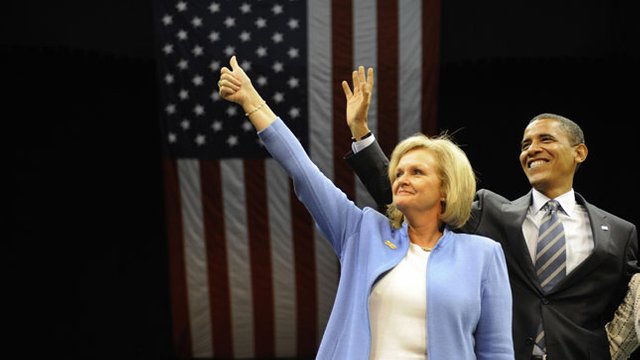 With recent polling showing that she is in the political fight of her life, Claire McCaskill would likely go to great lengths to not have to vote on Judge Brett Kavanaugh’s nomination as a Supreme Court justice.

Gun owners are already furious with Claire for voting with the Obama/Bloomberg machine every chance she had for the last twelve years in D.C. –- prompting the Missouri Firearms Coalition to unleash this ad against her!

And with McCaskill already on the record as opposing now-Supreme Court Justice Neil Gorsuch over his views on the Second Amendment, gun owners are waiting with eagerness to oppose her at the ballot box if she votes ‘NO’ on Judge Kavanaugh.

More than that, President Trump carried EACH ONE of their respective states.

While Missouri is one of the most pro-gun states around, having recently passed both Constitutional Carry and Stand-Your-Ground law, it’s certainly not the only state where gun owners are sick and tired of being represented by anti-gun Senators.

Gun owners in Indiana, for example, are a massive voting block and unlikely to be very pleased with Senator Donnelly if he opposes Judge Kavanaugh.

But the same can be said for Sherrod Brown, as gun owners in Ohio are so mobilized that they slammed the door in the face of John Kasich, as he tried to pass ‘Red Flag’ gun seizure legislation earlier this year.

And certainly Senators’ Casey and Stabenow have to be terrified, as gun owners in Pennsylvania and Michigan are just itching for another reason to oust both of these Senators.

On the other hand, Senator Dianne Feinstein has strayed into the absurd last week as she tried to convince Judge Kavanaugh to take up her cause of banning the popular AR15. And Feinstein, well known for demanding loyalty from her conference members, is undoubtedly demanding that every Democrat oppose Kavanaugh in a show of solidarity.

It remains to be seen whether McCaskill, or any other vulnerable Democratic senator for that matter, will suddenly start voting for pro-gun nominees.

But it’s certain that the timing for this vote could not have come at a worse time for any of them — and gun owners love it!